ANOTHER SPRING
a film by Mladen Kovačević 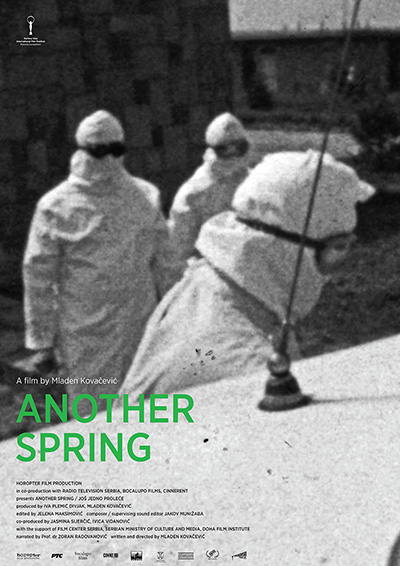 In one of the greatest achievements of our civilization - eradication of smallpox,
the 1972 epidemic in Yugoslavia remains one of its most inspiring chapters.

Another Spring is a medical thriller reconstructed from the 50 years old archive footage, taking place in the spring of 1972, when the deadly smallpox virus was brought into Yugoslavia from the bazaar in Iraq. The disease was spreading for a whole month before it was discovered in Kosovo, while in Belgrade it remained undetected even when the first patients started dying. Smallpox is the deadliest disease in human history that killed almost 500 million people in the 20th century alone. It is also the only deadly virus eradicated by humans, which is regarded as one of the biggest achievements of our civilization. In the story that united the entire world, the Yugoslavian epidemic is still remembered as one of the most horrifying and inspiring chapters. It was the final outbreak of smallpox in Europe.